In this episode, David talks us through The Battle of Borodino, which took place on September 7, 1812, and was the largest and bloodiest single-day battle of the Napoleonic Wars, involving more than a quarter of a million soldiers and resulting in at least 70,000 casualties. Next stop – MOSCOW. 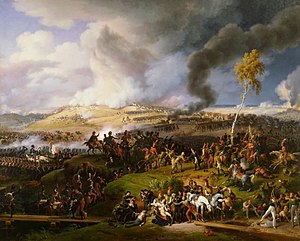 For further reading, I recommend: